Greg Baker’s studio is in the coastal suburb of Coogee in Perth, Western Australia. His skills are diverse and the range and breadth of his subject matter is extraordinary. He has mastered the spectrum of visual art mediums and is celebrated for his oils, pastels and acrylics.

His paintings are figurative as well as much acclaimed seascapes, landscapes and cityscapes. His calligraphic technique is and always has been his own and his intention is to capture the visual impression of the moment, particularly in terms of light, colour and movement.

From Greg’s paintings you can recognise two particular loves in his life.

First, the coastal waters of Western Australia, particularly around Rottnest Island, allowing him to display a remarkable ability to paint the play of light on water; and second, his annual pilgrimages to Europe provide him with the opportunity to capture its countryside, villages and cities, particularly Paris and Venice.

Greg’s paintings have been shown in exhibitions in France, London, Berlin, Singapore and Hong Kong, as well as throughout Australia. His many commissions include works for corporate collections such as Shell, Woodside and Rio Tinto. Overseas commissions include the Sultanate of Oman and Oman LNG.

A selection of Greg’s work 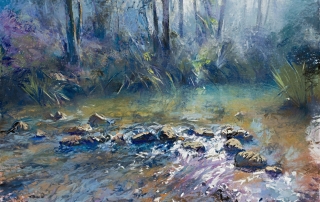 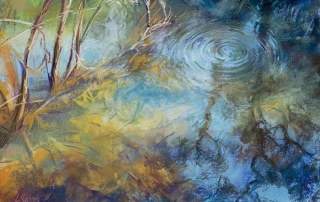 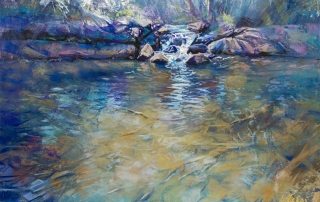 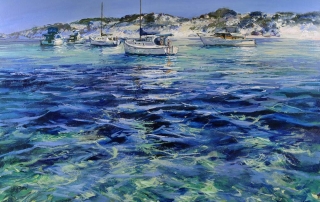 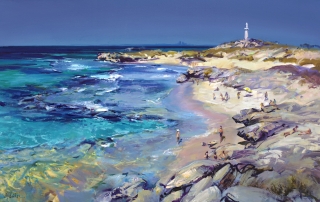 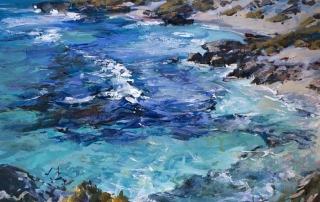 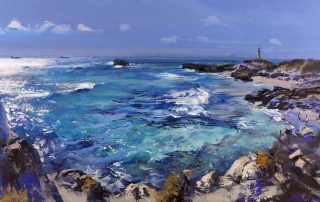 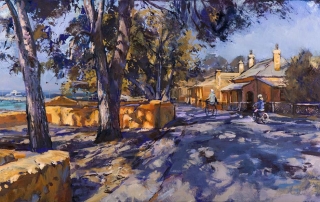 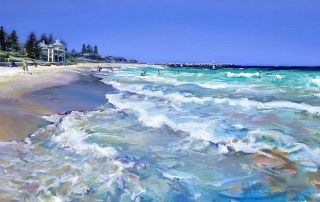 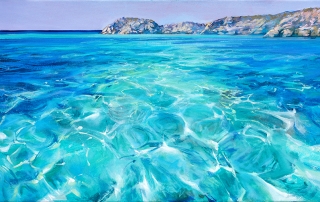 A selection of Greg’s work for sale online