Ivana was born in North Africa and in 1970 migrated to Australia with her parents. Prior to their move they lived in Malta where Ivana studied English. These three countries have collided to represent her unique talent on canvas.

Ivana’s motivations are influenced by her youth living on the shores of the Mediterranean Sea and the many journeys to Italy, Malta, Europe and parts of Australia.

Ivana developed a love of drawing and painting as a child. Her pocket money was spent on art supplies and the encouragement received by her family was great. In 1992, she decided to take up folk art lessons and the many hours spent practicing the brush strokes have paid off.

Recognising that you never stop learning and still, to this day, continues to experiment new techniques in order to broaden her artistic knowledge.

By using bright colours, broad brush strokes and thickened textures, Ivana explores the canvas. She uses basic primary colours to create 3D imagery that pushes the opportunity of textures to its boundaries.

Ivana expresses her emotions, thoughts and sentiments through her paintings. Working mainly in acrylics, she also uses oils, mixed media and pastels.

Painting for Ivana is an ongoing journey of self-discovery and expanding boundaries. Once the desired effect is achieved, the viewer is invited to explore and experience a labour of love and dedication.

A selection of Ivana’s work 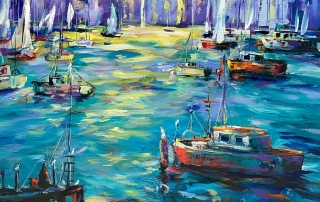 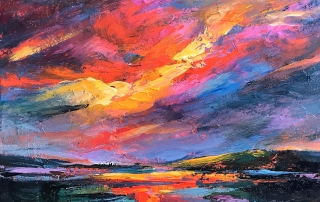 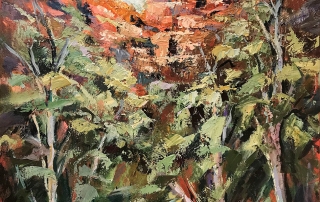 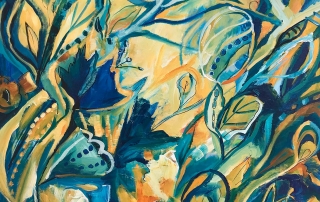 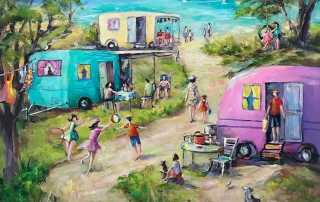 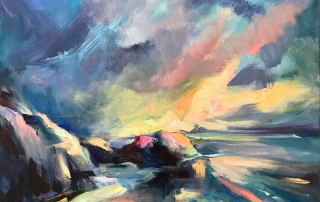 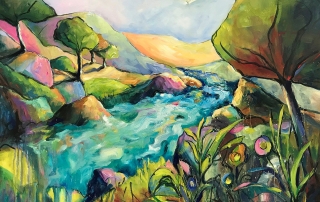 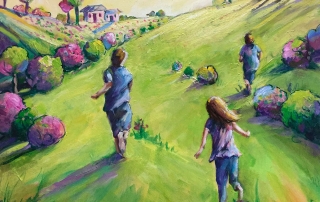 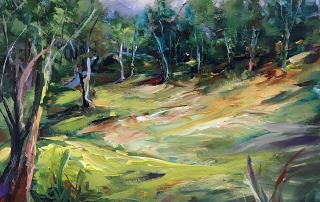 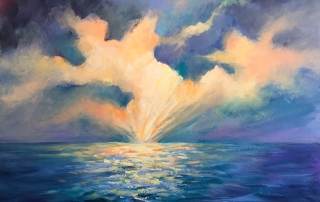 A selection of Ivana’s work for sale online