Stella was born in 1964 in East Anglia, UK. She graduated from the University of Warwick with a degree in English and Italian in 1987. Throughout her life, drawing and painting have been constant occupations. She spent a year studying at the University of Florence, and also took art classes.

She traveled extensively in Europe, visiting galleries and studying art history wherever she went. Stella taught literary and arts subjects at universities in the UK, before emigrating to Australia in 1998 with her husband.

In Australia, Stella continued to teach, and for fifteen years was a national critic, reviewing contemporary Australian literature. Her experience both as a writer and literary judge has given Stella profound insights into Australian culture and landscape, which are very valuable to her in the creation of her artwork.

Over the past decade or more Stella has exhibited in galleries in regional Victoria, Geelong, Melbourne and Sydney. Aspects of her artwork have been covered in feature articles on ABC TV and Channel 9.

A love of the natural environment and a commitment to landscape painting are central to Stella’s work as an artist. Her practice involves spending time in the locations that inspire her, at home, locally and further afield on the Victorian coast and in Tasmania.

Stella documents what she sees, and takes photographic notes, that she later uses as a basis for her paintings in the studio. She works mainly in oils, on canvases covering a range of sizes from 20cm up to two metres.

Stella’s landscapes are inspired by locations in coastal and inland Victoria and Tasmania. Quite often, it is not a particular place that is the real subject of the work, but some aspect of it, the light, the wildflowers, the rocks, the way the grasses are blown by the wind or the reeds are bent by running water.

The paintings address that need, which many of us have from time to time, to get outside of our present state, our present moment, into a reflective or regenerative space; the colours of the sea or sky, the view at a cliff edge, the reflections in the water of a dam or the shores of a lake.

Stella attempts, in her paintings, to take us into beauty, nature and silence. The artworks embody an interior impulse, a thought, a feeling, a longing. Stella tries to create works elemental energy and consoling tranquility.

A selection of Stella’s work 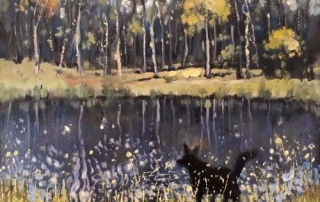 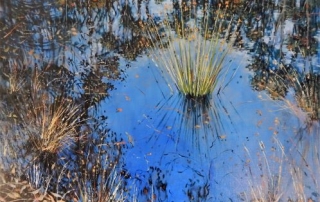 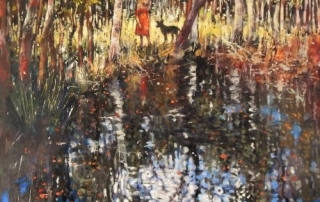 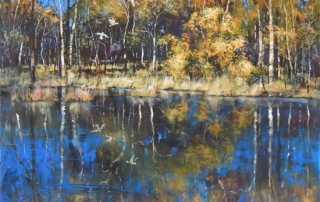 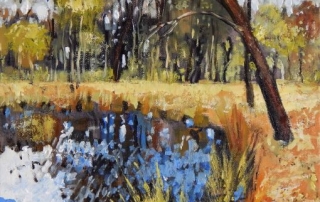 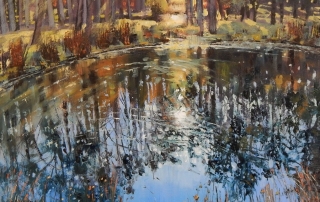 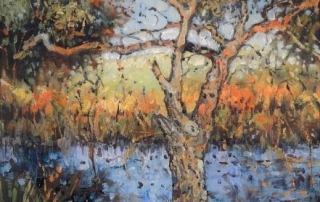 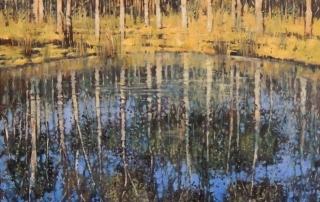 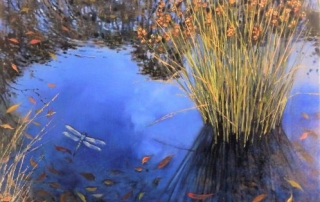 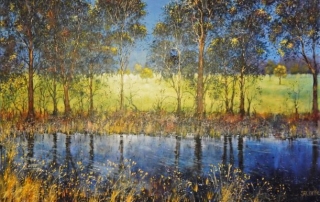 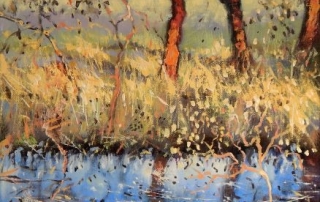 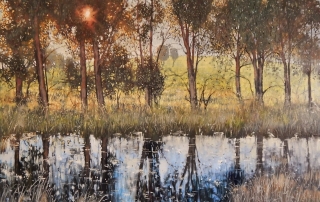 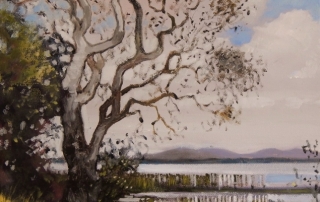 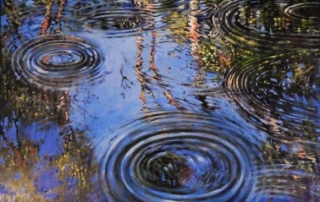 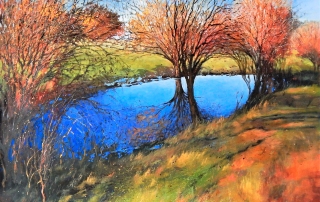 A selection of Stella’s work for sale online